DANIEL: I was back in the comfort of my bed. Akin was fast asleep and I was so happy for that. I had planned to call all my side chicks that night, and I didn't want any interruptions; but then, my mum called - the most devastating call I could ever think of at that moment. It took me another five minutes, and endless dials after four missed calls, to finally pick up the call, but then my mum wasn’t the one on the line.

My heart missed a beat, did something happen to her?

I frowned, it was my uncle. We were never in good terms, but I feigned to flow along with him. I knew he had eyes for my place in Kayode's kitchen.

He whispered, "I just found out something, I'll text it to you. Your mum confiscated my phone because of this."

He dropped the call, keeping me in hot suspense.


NADIA: You know how God works... How he picks the neglected and good for nothing, just to shame their enemies? That was my testimony.

I got back to the hostel few minutes later through a secret tunnel she led me through.

She smiled at me. Although I was a bit nervous, it seems she knows too much? Who the hell is she? How did she even know about this tunnel to begin with? Why is she working as a cleaner even though she lives in such an extravagant apartment?

All these questions welled up in my mind as I watched the grin on her face. But then, I smiled back, “Thank you Ma!"

As I approached the hostel, I began to wonder what Daniel would look like at that moment.

I had succeeded in recruiting two more girls to my crew. Our most dreaded rule which enacts outright expulsion from the crew was: "Absolutely no one…! No one is allowed to fall in love with any guy in this academy."

We've all been cheated on by the men we gave our hearts too, in one way or the other. And so as I wrote love out of my dictionary; I expected them to do the same.

"Is it just me, or Brenda looks smaller today?"

“That's Jenny, the critic. She finds fault at anything.”

We couldn't help but laugh. That's Sharon, the comedian.


"Joyce and Nadia... Your team would represent us in this weekend's competition," Brenda announced. She has been noticing Joyce blabbing to the ends of the earth. It was then I remembered the old woman, I had completely forgotten.

After the boring lessons, with a promise to tackle the practical aspect the next day, I tried to search for Daniel; he didn't show up for the day’s lessons.

At 7PM that night, I hurried to the old lady’s apartment. I almost lost my way, but then a guard shouted at me again and I instantly figured out the way.

What I saw next... Well, I wouldn’t call that cooking; she was manifesting. She had a scotched egg in her pan, and bread in her hands. Like a speed of lighting, she threw the fried egg up. My eyes went wide; of course it's going to fall, but she somehow managed to catch it with her pan. She threw it up again and this time around caught it in between her bread.

I took few steps towards her; her circus show was alluring all my senses. She poured a little quantity of oil into the pan and added vegetables:

While it steamed, she placed the bread and egg in it, straight into another pan with oil, and then she compressed it with a big spoon. She was actually toasting it; but she had a toaster, I could clearly see it.... Why didn’t she use it?

She looked back to her steamed vegetables, poured it out into a ceramic plate and placed her bread beside it. She had a boiled coffee already, so it took her a minute to prepare a coffee tea which she adorned with peak milk.

I was salivating. I swallowed hard countless times and licked my lips subconsciously. She acted like she didn’t even sense my presence.

She stopped eating to look at me, "Welcome! Are you prepared for your lessons?"

I nodded. I prayed so hard to just have a bite. But to my greatest surprise, this woman downed the food, to the last crumb; she dried the cup and made sure there was not a single drop of coffee remaining.

She turned around and extended the dirty plates to me, "Let's start with you washing the dishes."

What? You must be kidding me!

Anguish of the past
Something new about Gray 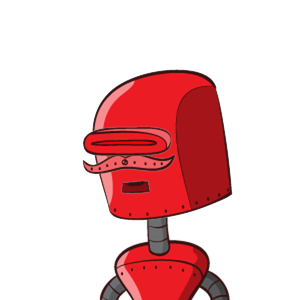 Nice. Waiting for the next episode

Meet the author of Wrong Number