HOW I MET MARK


You know how difficult it is for a girl to say certain things that have to do with feminine privacies: her first crush, her period, her first kiss, the first time, and all that girly stuffs? It is something we whisper in secret, far away from the older feminine ears, and into the eardrums of our gossip mates, and sometimes, our crush mates.

A lot of times, the voice of your mother trail you far away, even while you are in school, and you catch yourself looking over your shoulders just to be sure that no one was looking at you each time a cute tall dark handsome guy gives you the cat call, cuts an eye for you or stops you on your way to wherever schoolies go while on campus. At each moment, you hear em older ones, dragging your ears this way and that, telling you a touch could send you right back home and nurse an unwanted child on your laps. All those talks had one fleeing from the cute boys; but they forgot to tell us one truth: life is in stages.

The day could never be better: I woke on the right side of the bed, had my sweet bath, dressed up like the girl in the hood, and zap! I was off to the lecture hall. Immediately I got to the hall, it seemed as though someone threw a large fart into the room; everyone went squeezing their faces as though something really smelt bad. I didn’t want the bad thirst on their tongues sour my fruit juice, so I walked right to the front row seat as always. Yeah, I remember, it was Chi-Chi who pulled the cat out of the box; she turned to me, wearing a pale little gown that circled around her collar bones, and said:

“Amanda, I think you better get your ‘Intro to Science’ checked out.”

Her voice was some worth drowned in pity. In an amazed voice, I replied:

“Sure, as far as nobody downed a sniper.”


The atmosphere was already looking like a place where something tragic had occurred. Maybe a student had jumped five stories down because her boyfriend ditched her for another, just like we saw during the recent Valentines Day celebration, or perhaps another sex-for-marks lecturer had been caught pants-down with a student. Sniper was a potent potion for house pests and also a fast relief for those who believed they couldn’t measure up to an ex who preferred someone else’s ex.

I picked my butt off the hard wood we have sat on for years, which the previous set also sat on, and more sets to come would certainly do same, after years of unending promises of moving to a permanent site, where the seats would be made of soft pads. I carried my five foot frame down to the end of the class, to the dead end that was usually dedicated to results and names of suspended students. Immediately I got there, I saw the last person leaving, wearing a long face and shoulders that bent forward. I approached the dreaded notice board, which was made from a broken classroom door. With so much confidence, my chest was pushed high up to my shoulders and my face was wrapped in a wide smile which extended my red rouge lips to the ends of my face; I wanted nothing but to see ‘As’ dancing about my courses.

I had so much ginger even as I drew a pen and paper out of my new bag. My index finger went in search of my registration number; you dare not paste degree results along with names unless you wanted to be stoned like Stephen. When my finger got to my registration number, it scrolled to the end and paused. At that point, I noticed that the class had grown quiet and all eyes were fixed on me. My fingers began to quiver; I noticed that I had sweated right from the inside. My body became shaky all of a sudden. I couldn’t feel my legs anymore. Unfortunately for me, I was the only victim this time around; I guess everyone must have seen their class Rep’s results. It felt like everyone had waited for my arrival. I now knew the reason behind the stare and the tensed atmosphere. At that moment, it all dawned on me that I wouldn’t be wearing the almighty Otondo khaki with them any time soon.

As I stood transfixed at a spot while plunged deeper into a world of no return, Mr. Elvis Ndu – our ‘Logical Thinking’ lecturer – made his way into the hall. Honestly, I couldn’t tell how my jelly legs made it back to the chair, neither could I tell if I understood half of what he taught throughout the two hour drive. I remember the girls giving me a pity look and a pat on my back to take courage, but at that point, I needed something far too stronger than courage, I needed assurance.


On a usual day, I would never walk back to the hostel, which was just a stone throw away from my class; but on that day, I found myself being tossed about by the naked arms of the passing wind. I thought and thought until my head became a huge well of unfinished thoughts.

I couldn’t make it to my room, but I somehow managed to get myself to the love garden that was situated at the back of my hostel. Seconds later, my eyes fell on Mark.

Throughout my years in school, it was all work and academics. I had no time to party or engage in extracurricular activities, much more, sit out with friends in the botanical garden.

Immediately I stepped my foot right into the garden, there he was, longer than the average man, light chocolate in colour, rugged, but welcoming. He actually beckoned on me to come have a seat and I willingly obliged. I went straight and sat with my heavy burden. I sat and rested my aching back against his strong muscles; I closed my eyes and lifted my face up to get some kiss from the late afternoon sun while my head played out the affairs of the day. That was then he whispered to me that his name was Mark.

He smelt like earth and he felt strong against my back. I didn’t want to leave, even into the late hours of the night. I leaned into him and cried when nobody was looking or could see me. I felt like a loser but Mark looked beyond my frailties. I found comfort just by leaning in his strong arms.

As days turned into months, and months into a year, time healed all wounds. Mark got my back throughout the hard times, and before I knew it, my smiles were restored to perfection.

Long after I left school, I came back to visit Mark; always sitting under a shade in the middle of the Love garden. By now, you must have guessed that Mark is a long wooden bench which acted as a haven for many people like myself.

A house on a hill
The scent of midnight

Thankk you so much! I really appreciate it! 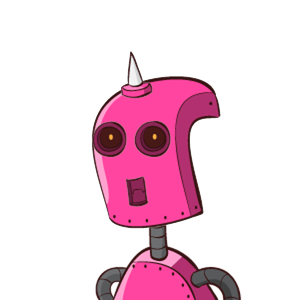