Nina Nkrumah tilted her head to allow Majid place a kiss on her neck. She stood in front of her half-length mirror where she did her make-up. It was 7:45am and both of them were preparing for work.

“I’m going to miss you for the next nine hours, my love,” Majid said as he drew back from her and picked his suit case up from the bed.

She turned to face him. “Aww. Me too, sugar. Another meeting today?”

Majid sighed as he replied, “Yes. We’re preparing for something big at the company this month. It requires too many meetings. It’s really exhausting.”

She smiled and walked close to him. Placing a hand on his suit, she leaned up and placed a kiss on his lips.

“Well, then. Don’t be distraught. You’ll come back to meet my love. I promise to be back from the shop early to prepare adequately for you,” she said when she pulled back.

Majid smiled and placed a palm on her cheek.

“I’m sure of that,” He said. Turning away and heading for the door, he called out over his shoulder, “Okay, my love. Bye.”

“Bye,” she called out in response as she returned to the mirror.

She waited for a minute then ran to the window. She watched as the car pulled out of the compound.

“That cheating liar!” She said as she pulled out her phone and placed a call. Speaking into the phone, she commanded; “Watch the direction of the car. I’m coming out now.” She put on a pair of slippers and ran out of the house.


Majid had always been the sweetest husband. Throughout their two years of marriage, he had always made her happy and she had done her best to make him happy too. But for some reason – just a month to her birthday – he had begun to act funny. He was still sweet but his actions raised a lot of suspicions. He would excuse himself to make phone calls. Once, she sneaked on him to hear what was being said; she didn’t hear much, but she had made out a female’s voice. Suddenly, in that period, he started going to many meetings, even during weekends. She tried as much as possible to push the suspicions away until the day she watched a movie where same things played out. The movie ended with the marriage breaking up because the man had been in an affair with his secretary. She refused to give up her happy marriage to a secretary.

Once she got out of the gate, she ran to the motorcyclist who had been waiting for her. Seconds later, they hit the road. After thirty minutes, they made a quick pause at Gamel Abdul Nasser Avenue, Accra. Nina could see Majid’s car just ahead. True to her suspicion, the car entered through the gate of No. 66; it was the number of the popular Kempinski Hotel. Tears threatened to spill out of her eyes but she held them back. That wasn’t the time to cry. She needed to be strong.

Stopping the bike just before the compound, she got down and paid the motorcyclist. When the motorcyclist began to rummage his pockets for change, she sighed and ran towards the lodge’s gate. There was no time to waste.

“Keep the change,” she shouted over her shoulder and the motorcyclist dropped his jaw. What she called change could buy him fuel for a whole day.

Nina walked into the lodge and greeted the receptionist with a bright smile.

“Please, I’m looking for the room of one Majid Nkrumah.” She said after they exchanged pleasantries.

The receptionist, quite the polite lady she was, refused to give her the details; telling her that it was against the company policy. Nina thought for a second, and then she blurted out:

“I’m his wife. Nina Nkrumah,” she said as she pulled out her wallet and showed her ID card to the receptionist. “We’re supposed to meet here today.”

The receptionist thought for a second, then gave her the number. After thanking the receptionist, Nina walked to the elevator. She barely managed to act relaxed. Inside, her body was on fire.

Walking out of the elevator, she searched for the room. When she found it, she took a deep breath. It took a while for her to steel herself. “What will I see when I open this door?” This question nagged her heart.

Without thinking, she barged into the room.

Though the thought of her husband’s infidelity had been on her mind for a long time, she wasn’t prepared for what she saw.


“Oh!” she gasped as she saw Majid, her mother, her brother and her sister sitted around a table in the room.

“How did you find me? Did you follow me?” Her husband responded.

“Oh, yes. I followed you to know who you were going to meet. Now, tell me what’s going on here?”

“You think I’m cheating?” Majid asked, with his eyes widely opened. “You don’t trust me?”

“Well, what was I supposed to think? You started acting all suspicious,” she tried to defend her actions.

Majid laughed in shock; Nina’s family joined him to laugh.

“Nina, we were planning a surprise party for you. We didn’t want you to know so we made him promise to keep the secret. The party is actually going to hold in the event hall downstairs on your birthday this Saturday,” Jackie, Nina’s sister, said.

Nina was speechless. She just kept staring at them.

“I told you that if she got a whiff of what’s going on, you’ll be in trouble,” Meg De, Nina’s mother, said to Majid.

Nina had never felt more stupid in her entire life than that moment. Twisting her left index finger in her right fist like a child, she managed to ask;

Majid responded with silence. Nina could interpret the stern look on his face as nothing but anger. She was scared to utter any more words. Much to her surprise, he closed the gap between them, with inches to spare. He engulfed her a warm embrace, which was accompanied by some sweet kisses.

Meg De interrupted by clearing her throats so loud. She added, “Let’s reserve this part for Saturday!”

Nina and her sweetheart locked hands together and looked each other in the eye with sheepish smiles on their faces. 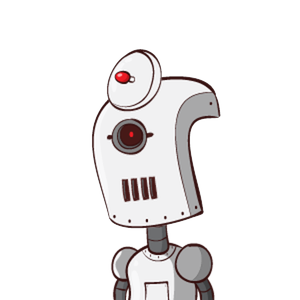 I love it. It's succinct, and thrilling!

I love it. It's succinct, and thrilling!