It was during the rainy season. Pelumi felt miserable as he carefully took his steps in the soggy ground. He was walking on an untarred road in his white shirt neatly tucked in black trousers. He did not care how his pair of lace on will look when he finally gets to the tarred road.

The weather was not that sultry the previous day when he went to the Big Olas' interview. Today, he had gone to two more interviews, and without anyone telling him, he knew he had no chance. It is all about pulling strings.

He had thought life is a bed of roses because during his primary and secondary school days, he was the apple of every teacher's eyes for his brilliance. They would see to his welfare and even provide his basic needs. He entered tertiary school with a scholarship so he did not give his poor parents worries. Even in school, his mates, especially the girls were always there to provide. He held tutorials for his mates and made money on campus.

But now, even with his first-class degrees and accomplishments, he had not gotten a job several months after he had finished his service while his sister had found a job on her own and was doing well in the company. He had to admit that lasses earn favour over lads in the eyes of lads.

He was too late to notice the reckless driver coming behind him; the car sped into the potholes and made a heavy splash of mud on him.

"Such an animal!" He swore bitterly.

He felt bad after the words left his lips but he said it anyway. He was sure the driver heard him and that was why he stopped the car in his way. He halted in his tracks as he began to dust off his now white-brown shirt and trousers. He did not mind what color his lace had turn into. Was he not walking in the mud?

A rush of fear swept across his face as he saw two uniformed men alight from the car.

One had a scar across his forehead while the other had a cut lip. They looked fearless with their frown.

"Well, we were bunch of animals in the car. Our king, the lion asked us to bound you up to him."

With no resistance, he followed them to the car. If it had not been the blackness of the tinted windows of the car, he would have known that they were up to five in the car.

The back door was opened and his eyes befell a good-looking man who appeared to be in his early thirties. He looked opulent in his military uniform and beret.

"You called us animals?" the man asked.

"No, the driver," Pelumi answered.

The man shook his head, "you're rude!"

"I don't mean to be rude, I just sounded rude," Pelumi said.

The man smiled, "So you're such a livid man."

"Point of correction, it was my driver who…" the man said before Pelumi interrupted.

"But few minutes ago, you said when I'm referring to your driver, I'm equally talking to you," Pelumi butt in.

"You don't know how I'm feeling right now, whether I'm angry or just seething. Then…" he trailed off and sighed, and took a good look at himself, "What if this happened in the morning when I was on my way to the interview?"

"Then you would have rain curses," the hefty man with the cut lip said.

"Rain curses? I'm not brought up that way. I can't even be angrier."

"You went for job interview, didn't you?" the man asked.

"And I'm sure you've been employed," the man said but Pelumi caught the sarcasm.

"It's clear that I've not been employed."

"You think you know why, but I do know why!" the man said and continued, "The reason is that you've insulted them there."

Pelumi smiled, "Why would I do such an unorthodox thing?"

"But you just called someone an animal!"

"I did because he drove recklessly," Pelumi said.


"This man here does not know how grievous his offense is."

"I'm not guilty. I only feel bad because he made me sin."

"He doesn't even know what will befall him. Bundle him into the car."

He resisted, "You can't expect me to follow you sheepishly. I know my rights!"

The men laughed, "Rights? Such a fool!"

"At least you need to show me your identity card. I can't just follow you because you're in uniforms!"

The man nodded, then gestured, "Tanny, show him yours."

Tanny, the very dark-skinned officer who had a cut on his upper lip showed him his identity card. A lieutenant.

"Are you now sure, Mr Thomas?"

"Hop in voluntarily or reluctantly. Don't allow my men to apply force," the man said.

"But I need to get home now or my parents wouldn't be at peace. I'm sorry for what I did."

"Sir, let me groom him a bit," the muscular guy who stood right next to Pelumi's said.

"No, don't create a scene here. Come on in Pelumi," the man said.

Pelumi gave the fair skinned driver a sorry look, "Sir, I'm sorry for what I said, I said it without caution."

"God has saved you," the man said.

Pelumi smiled, already bored to death, "Thank you then."

"Pelumi is an expert. While I was in school, I used to drive a taxi to help my parents."

"Alright then, give me your phone number."

Pelumi gave his mobile number to the man and he called immediately.

"I'm Anthony, so you can just call me Tony."

Pelumi watched the car drive past and sighed; he was surprised that he had no fear within him while he conversated with the military men.

When the butterfly loses its petals 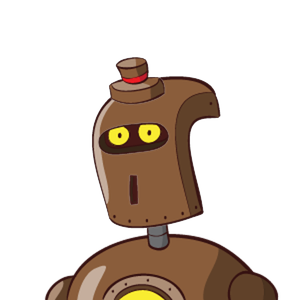 Type your comment here... Intresting one. Buh you left me too in suspence