Traveling through a distance with the big orange school bus has always been Sammy’s biggest fascination in life. Ask him to choose between a tour of the presidential palace and a road trip to the remote parts of Ghana with the school bus and he will always endorse the latter. This was an experience he wouldn’t relinquish for any amount of money.

When news finally emerged that his school had been selected to embark on a one-day tour of the renowned Kwame Nkrumah Memorial Park, his dry lips had no better alternative than to comply with his baby-face in an exhibition of well-coordinated smiles.

“The fare for this trip is seventy Cedis,” said the mid-aged principal who had the looks of a ninety-year old.

“This is crazy!” fumed Jesse, Sammy’s sibling who was two years older. “Does he think money grows on trees?”

Excitement bubbled up the entire atmosphere, except in Sammy’s tiny world of great limitations. The sound of money is a genre of music he rarely listens to, thanks to dad who made a noble profession out of being stingy. His hands were short, which explains why he had given out just three Cedis his entire life.

This excursion meant more than just a mere trip to Sammy, he had a girl to grab. Her name is Tina. She redefines beauty; a symbol of attraction whose smiles shone brighter than ancient Greek stones. She’s the only reason why guys never played truancy at school.

Sammy wasn’t close to her, neither was he too distant apart. He had said ‘hi’ to her on a few occasions except that her response wasn’t good enough to start a meaningful conversation. This trip presented the perfect chance for him to take a shot or risk aiming for God-knows-how-long to get another clear opportunity.

Jesse on the other hand wasn’t the least bit perturbed. He had given up on this trip few minutes after the pronouncement. He spent no second thinking about how to raise funds because he knew it was all but over for him.


“Don’t waste your time!” He said, poking little Sammy on the nose, “You’re never going to raise seventy Cedis all by yourself in ten days’ time.”

He was right. Time showed no sign of slowing down. Dad’s closely-guarded pocket didn’t seem like breaking lose any time soon. But sitting next to Tina on the bus to Accra is a picture he had already taken with the lenses of his imaginations. He simply could not back down now.

Like a lightning bolt that flashes without prior notice, Lady Luck came smiling at him on his way back from school the next day and he bumped into a relentless ten Cedi note screaming for help to the hearing of his big-round eyes. He couldn’t explain his luck. He wasted no time in rescuing that tattered paper note from the sun-burned soil and offer her asylum in the deepest part of his pocket.

Time seemed to be engage in a relay race, exercising no patience in handing over the baton to itself. One week passed by quicker than a crow fleeing the ordeal of losing her feathers to an oppressive magpie. Sammy had barely three days to turn things around.

On Sunday morning, he rushed down to church with expectations. Tina was there too. He wasn’t really bothered about her. He had come to seek The Lord’s favour. His trip to the capital hanged on a thin thread and he couldn’t afford to carry along any distraction that will cut it off completely.

He dropped a written note in the offertory basket that was passed around, requesting for money to fund his trip. In great expectations he waited; but nothing was said about him. Stunned like a bird seeing its reflection in water, he walked out before the closing benediction, heading homeward with his heavy head bowed in shambles.

Few meters away from home, he came across a bill that read, “Herd goats for ten Cedis a day.” This was by far the best thing he had read on that billboard. He couldn’t risk being choosy. Without much hesitation, he embraced this offer with open arms.

Babysitting these four-legged herbivorous creatures who had license to misbehave wasn’t the easiest of tasks. It’s more daunting when the rope on their necks broke lose; they are equipped with incredible pace, unpredictable turns and a sharp break that threw him off course each time he had to run after them.

Attached to these problems, his peers at home spared him zero moment of rest. They didn’t necessarily make fun of him, but they made him realise how crazy he looked in those goat-herding apparels. He was the closest thing they’ve come to seeing a Fulani herdsman.

After three days of working, he earned thirty Cedis, but not enough to make him ride the big orange school bus the next morning. Staring at the giant clock as it ticked slowly towards countdown, one thing became clear to him, “Jesse was right! There’s no way I can raise seventy Cedis all by myself.”

Lying on the couch and imagining the fun he will miss, someone interrupted his unpleasant thoughts with a hard knock on the door. He opened reluctantly, and to his utmost surprise, he saw Tina standing in front of him.

“Hi… You know my name?” He asked, stammering intermittently.

“Anyway, my dad asked me to give you something.” She said, handing over an envelope to him, “It’s the fare for the excursion.”

Frozen in time, he couldn’t outer a word. He watched in awe as she turned around and walked away majestically, moving both feet in a sinusoidal fashion.

Later that evening, he stood before mum and Jesse, drumming his flat chest before breaking the news to them. They joined him to celebrate. Mum even took out time to prepare Jollof rice for him which she stored in a flask for the next day’s trip.

Sammy got up from bed thirty minutes before the early rooster clucked. He had a bus to catch by 5AM. He needed to be on time so he could sit next to the girl of his dreams. History was about to be made: He was set to become the youngest male in his family to date a girl; a feat his father achieved at the age of thirty.

At exactly half past four, he waved everyone goodbye, except Jesse - he was nowhere to be found. Sammy joined the long queue at school to buy for himself a ticket. One by one, the line grew shorter and people made their way into the bus. It finally got to his turn. He dipped his hands into pockets and found nothing. He dipped again and still found nothing. He ran home as fast as he could, but no matter how quick he moved his athletic feet, it couldn’t change the fact the he was never going to find that money again. It was gone.

Right before his eyes, the big orange school bus drove off gently, showing no sign of stopping. Few seconds later, he saw someone waving at him from the bus. He recognised him immediately… It was Jesse, the best brother he had ever known.

“What in the world is he doing in the bus?”

“Where did he get the money from?”

He seemed to ask all these questions at once. He waved his head in disbelief when it dawned on him that Jesse had stolen his hard-earned money. What was meant to be a perfect shooting range for him had supposedly become an all-paid-expense-trip for his big brother.

With a flask in one hand, he placed the other hand on the chest in an act to relieve the heart of the shock that had flashed through it. His eyes were soaked with tears. Real tears, but they didn’t fall.

One hundred and fifty meters apart, the bus stopped. Someone got off. His blurry eyes couldn’t grant him enough visibility to recognize who it was. Then came before him a hand, patting him on the shoulder. It felt cold and soft. He wiped off the tears only to see the prettiest of pretty standing right in front of him.

“What are you doing?” He asked with tears flowing down his cheeks, “You are supposed to be on that bus!”

She replied with a patent of a smile that turned every moment into slow motion, “I will keep you company. We can visit Accra some other time.”

Aw! He did not see that coming. His teary eyes dried up immediately and were replaced by tick sweats on his face that spelt absolute surprise. His life had changed forever.

Tina crowned this auspicious moment by giving him something he had never received before, a hug. That sent shivers down his spine.

Thanks to Jesse’s fictitiousness, Sammy never got the chance to ride the big orange school bus through a distance, till now. But he got an unfathomable sweet sensation from that five seconds warm embrace. It’s called a hug… Something you can easily trade an excursion for. 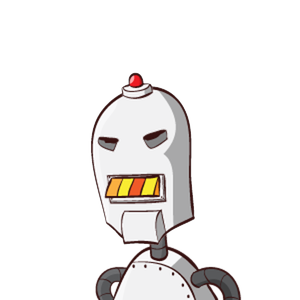 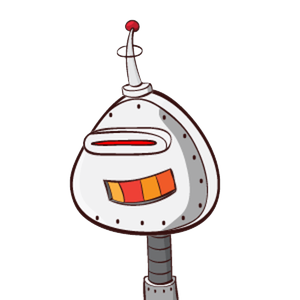 @Tunde, we're glad you liked it 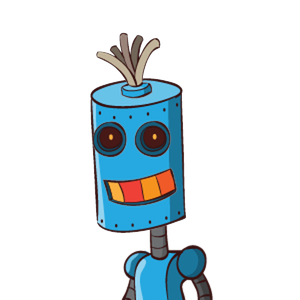