‘Zane! I Beg you, don’t go out’ I screamed with terror. His concerned stare made me more vulnerable. I have been locked inside with my family which includes Ujah my father, and two of my brothers, Zane and Tao. The mob outside our house was becoming more furious with every passing second. The last time I’d seen them this united and passionate, they burnt my mother alive. The ordeal proved that she was a witch and the ultimate threat to the safety of our village, Gambaga. They pursued their cultural obligation by turning her into ashes right before our eyes. History was being repeated.

I cursed the moment Nozuko first saw me in the market place. He is the son of our chief and claimed to have fallen in love with me on our first encounter. He chased me by every possible means: In the mornings when I had to bring water from the lake; on my way to school or sometimes in front of my house.

I never found his activities intimating at all. I repeatedly ignored him, but nothing kept him from coming my way. He found a way to convince my dad for my hand by offering two he-goats and a fair amount of money which could help him leave the village.

This appeared to have settled everything until the day Nozuko fell ill. His hands were filled with blisters, similar to those associated with the ingestion of one of the most popular magic potions in my village. His condition grew worse as the days passed by.

Rumours about my disliking towards him spread faster then wind. The continuous decay of his health led to a situation where I was accused of casting a spell on him. My family struggled hard to prove my innocence, because they knew I was. But the signs intrigued everyone, including me.


I was summoned to the village square and a soothsayer – Gaffer – was asked to prove me guilty. People gathered and a chicken was slaughtered. To my hard luck, it died facing the sky. This sign meant that I was a witch too. I was sentenced to death by the tribal council.

We tried to escape but the soothsayer claimed that the only way to demolish the spell was by burning me to death. They were now outside my house to kill one more woman like many others which lost their lives and houses in the name of tyrant traditions. A chicken decided their fate every time.

My father fell unconscious with the increasing panic among us and the noise from outside. Tao struggled to bring him back to life while Zane stood behind the door in one last attempt to beg for my life.

In no time, the mob broke in and dragged me outside. Zane couldn’t stand my hysterical screaming. He ran quickly to the chief’s palace. To his fortune, the door was left open. Before he could appeal my case, he witnessed an answer to all his queries: Nozuko’s room had all the fundamentals of rituals and witchcraft. He had been casting a spell to make me fall in love with him. And in the process, he accidentally drank the wrong potion which plagued his body.

In all his fury, Zane ran back to plead for justice. “Nia is innocent!” He kept yelling from afar and narrated what he witnessed to Gaffer. After confirmation, my execution was dismissed and we were allowed to leave the village in peace. 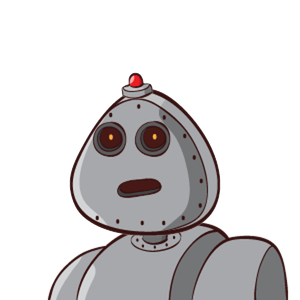 You're an excellent writer

Hmmm... Ignorance is indeed a bigger disease than sickness in some parts of this world.