Ever since the wheels of the plane touched down in Ghana, Eric hadn’t been entirely comfortable. He wasn’t worried about anything; despite the looks people had given him when he said he was coming here to study. He knew he wasn’t in any danger to speak of.

Everything here was just… different. From strangers greeting him, to the religious symbols everywhere, this was a very different place compared to New York, and he wasn’t really sure how to carry himself. A fact that was no more apparent than right now, as he was trying to set the price of a shirt.

The seller—whose name was Selassie—stepped closer, leaving Eric with his back to the wall. That probably wasn’t a good bargaining position. “Two hundred Cedis.”

Running a hand through his hair, Eric tried to calculate the exchange rate. That was way too high. He raised an eyebrow, trying to look as confident as possible. He shook his head. Honestly, why did everyone here have to argue over prices? Was it so hard to just come up with something reasonable in the first place? This way he always ended up spending twice what he should.

“I will pay Seventy-five.”

Selassie laughed, although Eric wasn’t entirely sure why. People often seemed amused when he tried to bargain with them, and he was starting to suspect they were making fun of him. Not that he could blame them if they were, really. He wasn’t used to arguing.

“Seventy-five is not enough,” the man insisted. “A hundred.”

He looked a little too happy for Eric to be comfortable. Maybe he should have offered a lower price. Eric felt around in his pocket, counting his bills. A hundred would leave him with barely enough money to get back to the university. He shook his head. “That’s too high. I can’t afford that, the highest I can pay is eighty.”

“Oh, surely you can go a little higher than that,” Selassie pressed, holding the shirt up in front of him. “My sister made this herself. She spends all day making clothing to sell so we can pay for our mother in the hospital.”

That story had worked; the first time Eric had heard it. And the second. And the third, really, but after that he’d been more careful. He had never been robbed, but he’d run into a lot of people who had other ways of convincing him to part with his money. Even if they were all telling the truth, he couldn’t afford to be so generous. Coming here had cost enough in the first place.

“I can’t, I’m sorry.” He matched Selassie’s smile, which hadn’t slipped once. “I only have eighty with me.”

That wasn’t strictly true, but it was definitely as high as he was willing to spend. Unfortunately, he wasn’t sure how convincing he sounded. Time for the one bargaining trick he knew. “If it costs any higher than that, I have to go somewhere else.”

Selassie laughed again—probably at how bad a negotiator this Obroni was—but relented. “Eighty then. And you tell your friends about me.”

Eric nodded, counting the money out in his hand. “Of course. I know they all want quality items like this.” He had a feeling he had still spent more than any Ghanaian would have.

As they exchanged money and goods, Selassie reached out for a handshake. Eric gripped his hand and remembered at the last second that they snapped fingers in handshakes here. He tried to make it look natural, but it wound up looking more like he didn’t know how to use his fingers. Selassie just laughed again, and waved him on his way.

The other store owners saw him leaving, and they must have seen how much he had paid Selassie, because Eric heard all sorts of calls for him to stop and take a look at their wares. He had a feeling that if he stopped to talk to any of them, he would be spending the rest of his money whether he wanted or not. He looked around earnestly for a taxi, not wanting to walk past too many people. It felt rude to ignore them, after all.

Finally, he spotted a group of drivers lounging by their cars. One of them waved to him. “Hey, Obroni! Where are you going?”

His heart sank into his stomach. He’d almost forgotten he was going to have to bargain again. And with four of them and one of him, he was sure to end up overpaying. Well, such was the life of a crazy American exchange student in Ghana.

Kukoodu
Mistaken Appearance
Born to be a priest 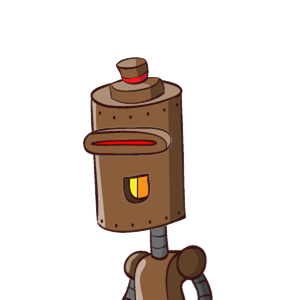 Haha... The exchange student got served the African way