Akin was not satisfied. His wife, Remi had given him only a child, a female. He wanted more children, but his wife seemed incapable of conceiving more. Remi still had hopes of having more children for Akin, but he was not ready to wait. Satisfaction, Akin had none of that.

He married another wife who became pregnant in no time. She gave birth to a male child, one he had always hoped for, yet he yearned for more. Akin and his new wife Teni produced three children within the first five years of marriage.

Everything changed when Akin began to love his new wife over the mother of his first child. Teni, who had always been so respectful to her senior became proud. She became the woman of the house and did all the travels.

Remi on the other hand accepted whatever was given to her by Teni. She had contentment, one virtue that her husband lacked.

Marriage was no longer blissful for Remi. Her daughter fell sick and was taken to a hospital. She needed blood urgently, and her father, Akin, was the most compatible, but he was busy at work.

Remi explained to him over the phone and he sounded nonchalant.

"You better find an alternative because I can't waste my blood on her! What would I give my male children when they need blood?" Akin asked in rhetoric.

"Why are you talking as if we are asking you to donate all of your blood? Does Jane mean anything to you at all? I am okay if you treat me like a plague, but not my daughter!"

"Find another means," he repeated. "If she dies, it's your loss; I have more children."

"Really? Alright, I'll find another means; but remember, you've failed Jane as a father, just as you've become an irresponsible husband towards me."


She did not wait for his response before she ended the call. Tears trickled down her face.

Luckily, Jane had the blood transfusion after they got someone to donate blood. It went well and she returned to her healthy life. However, the aversion she had for her father became stronger. Her mother's words could not let her hate him less.

Her mother would always say, “Honour your father and your mother…”

Jane did that, but with a tinge of hatred for her father.

Akin travelled out of the country with his favourite wife and children, leaving behind Remi and Jane.

While Teni was away to get some things, Tom, Teni's first child fell seriously ill. It appeared that Tom was dying so he had to get him to the hospice.

Tom needed blood urgently and Akin was ready to donate. He got the shock of his life when he was told that their blood group was different. Worse than that, he found out that Tom wasn’t his son.

Akin found it too hard to believe. He collapsed on the spot when the doctor handed over the results to him.

When he regained consciousness on a hospital bed, Teni was by his side, on her knees, crying;

He replied, "Sorry that you brought a bastard into my house or that you connived with my own doctor?!"

He asked, "Are the rest of them my children?"


Why would it be yes anyway? The children resembled just one person; that one person that he did not know about. But his own doctor fooled him? What could be the reason behind that?

He sighed, "And have you gotten a donor for him?"

She shook her head in tears, "Tom is dead!"

"What! You murderer!" He barked

Yet, that was not the end.

Akin decided to break the marriage between him and Teni immediately. He found out that Teni was married to another man while married to him too. Her intentions were aimed towards Akin's wealth so that she could live a comfortable life with her legal husband who had very little possessions. Akin was sure that if he had bequeathed his bequest to her sons, Teni could have killed him. He was too blind.

He returned to Nigeria shortly after that episode of his life.

On arrival, he met the house in which he left Remi and Jane empty. They had moved but Remi left a letter behind. It read;

I have realized that being with you is the same as chasing shadows. Our fifteenth wedding anniversary was the day after you left me and my daughter behind to go overseas with your new wife and children, but I have always lived in sadness.

I have decided to move out before you chase me with the past that I have always been keeping away from you. I had a twin before I married you; but I didn’t tell you because you mentioned while we were dating that you cannot marry a woman who already had children. I had to keep this a secret. Now that you know, enjoy your life with the ones you cherish.

In the future, your daughter can decide to be with you.


Hot tears burned in his eyes. What has he done to himself! All the time, he had been saying that if Jane had died, he had nothing to lose — that it was Remi who would be at loss, not knowing that it was the opposite.

He quickly got his phone and dialed her number. It rang.

"Hello, please listen to me," he paused, thinking of what to say that would make her come back home, "Wait please, wait..."

"Remi, I am such a shame. I've failed woefully in everything. I have realized how senseless I was. Come back home. Jane is the only child I have. Teni was blown to me by the wind and the wind has blown her away."

Remi returned. She still loved him. She was not ready to be a divorcee because of his misdeed.

@Nyamba Yes. And thanks for commenting. 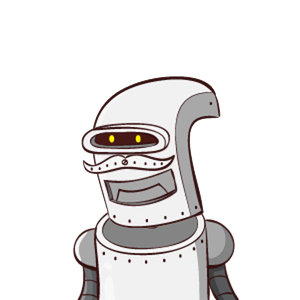 Wow! So touching! A lesson we all need to bear in mind 🙂