He trudged forward with purpose in his once black shoe, now grayish-brown! The sunlight burned on him as if there was no one else on earth — none, except him at this present moment.

“You no dey look face this Mumu man,” a voice said from behind him.

He moved forward without glancing at his latest abuser, but he nodded an apology. He was resolved in getting to his destination, but he had no idea regarding where that could be. He was very frustrated.

Slipping his palm into the farthest part of his mismatched trouser, he touched the polymer. Recognizing it as the last cash in his pocket, he dared not near the bus stand.

His once perfectly built frame now looked like a hanger on which his clothes clinged; his 5 feet 11 inches body revealed the frustration his face had been hiding all these while. He glanced at himself through the mirror of a car that was parked by the side of the road and grinned at his white shirt which had become brownish milk from the dry heat of his body. His suit-turn-coat made no signs of shielding it. His black jump trousers could neither be fashion driven; it showed how extreme he had suffered. His shoes? He avoided the thoughts of the numerous times that needles and threads had gone through them — much more than the manufacturing process. If only it envisaged a future as terrible as this, it wouldn’t have acknowledged the acquisition by its current owner.

He felt the intensity of the ground through the shoe’s sole, making him wonder why he didn’t go barefoot as celestials do.


Thinking of the celestials, which church has he not visited? From the strongest to the weakest, he recalled an episode where the Prophetess had acted as an acquitted lunatic —  her behavior would best be described as erratic. She swirled as she ululated in a mournful cry of a woman in a climax; the community around her moved undulate, each carrying stilts of various types, awaiting the ideal occasion to transfer their aggression on his wretched innocent body, and that they did in simple harmonic motion without compassion.

He had even gone to shrines and the beaches in search of deliverance. He sometimes wondered if he hadn’t attracted more demons than those that were cast out of his now fragile body. To say he had any more hope was faith.

He should never have been in such a position: a second class upper graduate from one of the finest universities in the country. He thought to himself. Jobs never came his way, and whenever he got one, it always resulted in one piece of mess or the other.

“There is no second chance in life,” he thought, “These things only happen in movies.”

Okoli didn’t hear the horn from an incoming vehicle. His credentials flew like captives in search of sunlight. He didn’t have enough time to think about home or the breastfeeding child who wouldn’t see him anymore. He smiled for the first time in years: Ngozi wouldn’t nag at him again; her hobbies were nagging and giving birth. He was sure that he was seeing the heavens open and God Himself smiling down at him.


“Home sweet home,” he muttered with his dry throat. He thought about the food he had stolen from his family the previous night, and the money he had hidden away from his wife inside his pillowcase. The thoughts of that made him want to tell God to wait so he could arrange and give that to the church as his tithe before his departure.

He closed his eyes as he thought about how his burial would look — if anyone would even bother to put his posters on the walls and gates of the streets. Would there be a candle night in remembrance of him? How would his coffin even look like — plain wood or colourfully painted? Amidst his doubts, one thing he was certainly sure of is the fact that rice and chicken that would be eaten by the different well-wishers, and how money would be flown in from different angles by the same people he had begged while he was alive.

He opened his eyes in shock to see that he was still in this realm, and that his wife and children would welcome him home again. He turned around and moved towards the third mainland bridge, reminiscing on the words of the driver. Maybe he would find solace in that place.

I am Obi, a textile technologist in the making, the one thing i love to do is learn, and that is what have driven my passion for writing. i am very friendly, cool headed and playful, always fun to be with. born and raised in the industrial state which i call Lagos.

This is simply amazing. Interesting read from start to finish.

Nice write up Each paragraph as scintillating as the previous Nice piece. I was thrilled. 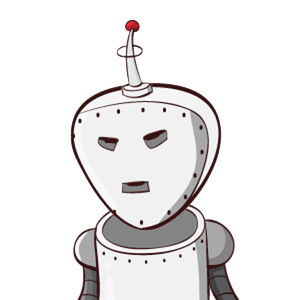 Nice one, enjoyed every paragraph and it's really 👍 Making a to-do-list or setting goals for oneself is nothing new; it pre-existed long before man e... continue