Jesus on a Christmas eve

JESUS ON A CHRISTMAS EVE


I’m that kind of guy who doesn’t fancy expensive clothes during the festive seasons. On this particular day, I was dressed in casual wear when I met Jesus again. That was the third time I would be meeting ‘her’ at the garage. I initially thought that one of her parents worked nearby but it turns out that I was wrong.

It was amusing to find a girl with such a name. We didn’t have any conversation in our first two meetings. Upon meeting her for the third time, I knew this was the best chance to clear the doubts on my mind.

She was busy tugging the clothes of passersby and begging for alms. Although she was completely disheveled and appeared frail, she was very pretty. I hated seeing little kids like her going about begging. I’ve never prayed to meet the parents of such kids, but for some reason, I just wanted to meet hers. To me, she seemed like a flower by the pathway, smacked by the sun and the rain; such usually ends up being explored, left to wither away or even trampled upon. Her smile was enough to make anyone's day.

I managed to get her to a shop that was locked. She seemed scared and impatient at first. The first few words from her lips showed that she was no longer green.

"Why did your parents name you Jesus?" I asked.

"Everyone asks me this same question," She shrugged.

She added, "I named myself Jesus because of my date of birth."

"When is your birthday?"

She answered, "Today! My next birthday will be on the same day next year!"

"But that does not warrant your parents the right to give you such a sacred name."

"Do you think that I am not sacred?" She shrugged. "Well, I told you earlier that I named myself Jesus, my parents didn’t. I had no idea that there's a rule that applies to which names you can't choose for yourself."

I sighed, "So why did you change the name that your parents gave to you?"

She shook her head and said, "I don't know my parents! I grew up alone. Truth is, I don't even know my date of birth, so I just chose Christmas."

I felt an overwhelming surge of pity for her. My heart thumped on the inside.

"Why did you choose Christmas and not any other date?"

"Because Christmas is the only day that is celebrated by almost everyone across the globe. And it’s not just a day’s celebration; the joy spreads throughout the entire month of December. Each time I visit places and tell them that my birthday is today, they celebrate with me too."

"Wow! That sounds interesting!" I said.

She added, "You see, I love to see people with happy faces on my birthday. Families come together from far and near. I also get the chance to attend carol services at churches and schools, both of which I don’t belong to. I love to see the stars, fireworks, and lights hung at doorsteps and on Christmas trees. This makes this day very special to me."


That was years ago.

The last time I heard from her was just a week ago. She’s now a full grown woman and was lucky enough to have found her relatives. She left with them a month ago. It was difficult to part ways with her because she lived with my family for six years.

Her relatives told us about how her parents died in a plane crash ten years ago while traveling home for Christmas. She was the only survivor on that plane. Her real name is Christie, and her birthday falls on Christmas Eve.

I was afraid that she would hate Christmas for the unfortunate occurrence years ago, but she had little to no concerns about that. She considered the death of her parents' and her struggles on the streets as the star that led the wise men to the manger.

When she called me a week ago, she informed me that she would be celebrating Christmas with me.

"Someone is knocking on the door," My little son drew my attention.

I couldn’t hold back my joy after setting my eyes on her again. We hugged for a few minutes, and then burst out with laughter. Laughter of joy!

I had no initial plans for Christmas, but now that I have her in my company, I didn’t have to do much of the thinking because she was simply good at that.

On the eve of Christmas, we both locked eyes on each other for a few seconds and whispered gently to one another, “Merry Christmas!!!” 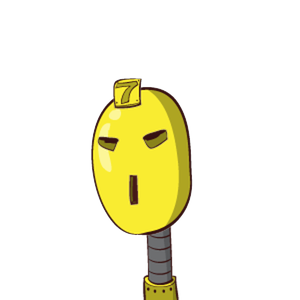 Wow... This is such a fabulous Christmas story.

Jesus on a Christmas eve