The smell of rotten food wafted through the air. The lone light bulb flickered above me, giving the room an eerie effect in the already dark afternoon. Then that sink; that constant drip that no amount of forcing the knob could stop.

These are the things that made me wonder why I left the comfort of my parents' house and gotten on the first bus, in search of ‘independence’. They were probably laughing it off now; sipping their half empty glasses of wine with condescending looks on their faces each time my name spilled from their lips; waiting for the moment that door would swing open, exposing the decrepit version of their son who left three months ago. I wouldn't give them that satisfaction.

My house used to be my only place of solitude. Now it’s just a massive prison with two wardens and a single prisoner. My father, the main cause of my anguish was an alcoholic and a perfectionist to a fault. He could spot imperfection from miles away. This incredible ‘talent’ had raised him to the peak of his career for being extremely thorough. This made him extremely slow and very judgmental. This brought problems to our family.

On a regular day, we would wake up at early hours just to hear him argue over the phone with someone who had probably directed the speaker away from his head two minutes into the argument. He employed this habit so often it became a part of him. So much so, he practiced arguing in the mirror for hours before he sets off for work.

Mother told me he was being proactive. I told her he was mad. My face still stings remembering the slap I got afterward. I do believe he was mad as he would mumble words that he had immediately heard from the TV as though he was learning to speak English. This meant going to the movies involved him repeating sentences as soon as they were spoken.


By the time I was 18, I had learned to distance myself from him. Especially after the incident. Mother, however, could not be avoided. She was the living embodiment of what you would call a trophy wife; a woman a wealthy man would be in a relationship with only because she made him look good. This exactly was her only good trait as she could honestly do nothing else. Her cooking always ended in burnt pot bases and mounds of wasted food. The only appliance she could work with was the microwave and she had to be given assistance to operate it in the first place. It would have been manageable if it ended there; if only she had even an ounce of parenting skill.

The thing is… She had always imagined herself living off someone else's salary and success that the day she got pregnant, she cried for hours. Even after nine months, the instinct to protect me never kicked in. I've been told more than once that she dropped me on my head as many times as her present age before I reached the age of three. This explains why I had to leave the house in the first place. I thought maybe when I clocked eighteen I would be free of their control over me. Yet the incident came in too soon to wake me up from my thoughts.

Father's tires screeched as he pulled into the driveway; an irregular sound in our silent community. There was a loud crash and a yell from the front of the house. A scream followed shortly after and I was left wondering why I was still sitting there listening instead of running down to check what happened.

It was carnage. Father had somehow managed to drive drunk from the other side of the city and had slammed his car deep into the living room. I really don't know how fast he was going but he was perfectly in the middle of it.

Mother was screaming at him while trying to clean up her priceless figurines that shattered into pieces on impact. She was desperately trying to pick them up and stick them together with invisible glue and pressure when she noticed Father was still behind the wheel. He was violently turning the wheel and making engine noises with his mouth, stopping every now and then to curse at mother who was now crying and slamming her palm against the bonnet. At this point, I couldn't help but laugh. My other cheek still feels some sensation when I remember that slap I got for my outburst.

After what seemed like minutes, father emerged and started pushing mother over before waiting for her to stand up. He repeated the action over and over until mother broke the cycle and flung a piece of broken figurines at him. For a man completely filled with drink, father dodged it cleanly before searching and finding a bigger piece and flinging it at her in return. It couldn't get any more depressing at this point until father threw a figurine that was barely broken and so large in size, it filled his palm. It hit me square in the face.

I lay on the ground half crying, attempting to grab at the pain as it throbbed through my head when I heard mother cursing at father, telling him how much of a fool he was. Father threw words back as well. I lay there bleeding from my forehead for minutes, more before apparently passing out.


Waking up in pajamas and with a bandage wrapped around my head was not only rare, it was too disturbing. This sort of interaction between myself and my parents didn't happen unless someone had felt guilty. I wondered how long they fought before noticing I was on the ground.

I painfully got up and trotted down the stairs to find either of them and hear the conclusion of last night's madness. Reaching the last step, the word divorce flew fast into my ears. I saw them sitting a few feet from the car that was now parked in the middle of the room, speaking with a man whose hair was over combed and wore an excessively washed suit. He had a stony look which showed he was used to handling cases of a somber tone. He stopped speaking as soon as he noticed me dawdling towards them.

Mother spoke first in such a plastic tone; I could read she was forcing it. She told me she was getting a divorce and she wanted me to leave with her in a month’s time. Images flew into my head: Dodging landlords asking for rent, eating five-course burned meals and having to pay off large bills with a minimum wage salary. It was impossible. I couldn't let myself sink to that level.

For some reason I can no longer remember, I left the house that night. With a box full of clothes and a pocket housing loose change, I left without thinking of a long-term plan. To live in a box with occasional visits from my future best friend, the landlord.

It took less than a few minutes to pack my bags as I scrounged around looking for money for the bus. It didn't matter what happened anymore. Anywhere was better than here. As I got into my bus seat, I wondered what it'd be like when I got back home. Would they still be under the same roof? Would they be happy to see me? Would father still be parking his car in the living room?

Living as a prodigal son for three months taught me a great lesson; there’s no place like home. After going through intense hunger, I needed nobody to remind me that Gari has a nice scent. I had to return home immediately.

After all, they were still my parents and I had to come to terms with that. No matter how dysfunctional they could be, we had to accept each other and live together as one until I was ready for life. 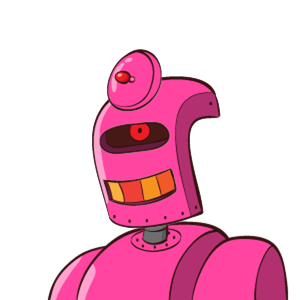