It was like yesterday, and yet it had been years since you were gone. These words went through my mind as I sat behind the foggy window on a cold harmattan morning. All I could think about was Kyndrel. His mother had given him such a beautiful name after a Dutch-Canadian woman she had met on her way to Spain. From a Royal Ewe family, he had been taught nothing more than humility and self-respect.

I remembered when our eyes locked at the car park of Lauren’s International School, I knew he was mine. My heart skipped a beat, my soul sank for a split second and just then, I heard a voice say, “Hello! My name is Kyndrel – Kyndrel Kofi Tamakloe – what’s yours, beautiful?”

I stuttered for a moment and when my speech finally gained stability, I said “Princess Montgomery.” He had this grin on his face when he said to me “I thought I was the only one who was born with such exotic names!” I gave him a shy laugh and said, “Just call me Abena,” a name my parents had added to mine whilst working in an Akan community a few months before I was born. We stood and conversed for thirty minutes; I prayed the clock will stop!  Just then my mum drove in. We exchanged numbers, I said goodbye and left.

With each passing day, we built a friendship that stood firm and valuable as a rock. Eventually, we left Lauren’s International School and went our separate ways to different colleges. That was when I knew some part of me was missing!


Truth be told, my world ended when we went our separate ways, and yet I had to be strong. He migrated to Russia with his family without saying a word, not even goodbye. I spent days and nights looking at my phone and hoping it will ring. Like sand through the hourglass, everything came flashing back. All the moments we had spent together; all the good memories we shared. The intrigue of not knowing whether we were friends or lovers. The adventures we had lived and the curiosity of knowing whether it will end. It all kept coming back to me.

A while later, I moved to the United States, in a bid to follow my dreams of becoming a medical doctor. I knew he had always wanted to be a lawyer, so in my heart I wished him well and painfully had to move on.

Seven years passed and I graduated from St. Lucia’s University with an MD. It was like a dream. I had grown into a very beautiful woman. I was finally DR. Princess Montgomery. A dream made reality.

I returned to Ghana shortly after my graduation and when I looked through the window that harmattan morning, it all started coming back to me. Let’s take a journey down to memory lane.

Two years before I graduated, I came back home for a year, to complete a part of my course which required me to practice in any African country of my choice. On my first day at work, I saw this thick tall man; he looked like someone I had seen before. From a stone throw, I heard someone say, “Good morning, Dr. Tamakloe.”

“Kyndrel!” I exclaimed. In a soft voice, he said “Abena”.

It was Kyndrel. He walked towards me. We stared at each other in silence, and then he gave me a card and said, “I’m quite busy at the moment, call me later.”

Somehow, our paths had crossed again. Kyndrel didn’t appear to me as someone who would have wanted to become a doctor. For days, I stared at the phone, contemplating on whether or not to make that call. When I finally decided to make that call, my phone rang. It was Kyndrel.


Startled, I dropped my phone and then called back. How did he get my number? He explained that he was one of the doctors selected to review the forms of all the students on internship. We continued talking and making each other laugh just like the old times. We caught up on the time that we had lost. Nothing had really changed… It was the same Kyndrel I knew.

We went on a couple of dates and then eventually he opened up on his feelings for me. He told me how he loved me since our teenage years and that nothing had changed. I was a bit confused.

“If you truly loved me, why did you leave without saying goodbye?” I asked.

He explained that everything happened so fast that he couldn’t get to me. Too fast that you couldn’t even send a text message? I thought to myself.

Honestly, nothing about my feelings for him had changed either. I knew I loved him too. We kept going out on little dates until the year ended. It was like love at first sight. I promised I would come back for him.

When I got back to the States, I received an email from an old friend, attached to it was a PDF document full of pictures; images of her and Kyndrel during a wedding ceremony which had taken place a year before. In shock, I passed out.

When I finally regained consciousness, I saw myself lying in a hospital bed with two of my roommates sitting next to me. Each night, I cried. I couldn’t believe it. Kyndrel had never lied to me before. I tried calling his phone but it was switched off. What did I ever do to deserve such harsh treatment?

I was released from the hospital on the seventh and I told myself, “I will survive this.” I put myself together, though tough, and continued with my studies. I performed poorly that year and I had to rewrite some papers, but I pulled through in the end.


A few months after I had graduated, I flew back to Ghana. On arrival, I received a call from Kyndrel. “Why is he calling me?”

On the other end of the phone, he spoke with a trembling voice. His wife had passed on during child delivery. He had no one else to turn to. I drove down to his house and I found out that it was actually true: Sandra, my friend and Kyndrel’s wife was gone. They had a beautiful baby girl together.

He was traumatized. But why was I even helping him in the first place after all he had put me through? I did it anyway. There were days I would go and play nanny for his little girl when he was busy at work and I had some free time to spare.

Now, I’m sitting and looking through the window after two years, in a white gown and asking myself why I’m getting married to Kyndrel. Will I carry through with the wedding or should I simply bolt? I am simply lost…. It has been years since he walked away and yet it seemed like yesterday. 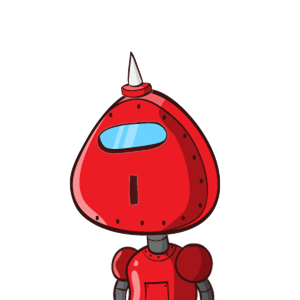 Wow... This is a very beautiful piece