Poor old Samantha lived with her nine-year-old grandchild – Joyce – in the outskirts of Monrovia. She makes a livelihood for her family by selling doughnuts at the market square. Things had become incredibly tough ever since her husband divorced her for a younger woman. She barely made enough money to keep food regulated on the dinning table.

A day before Joyce turned ten, Samantha felt a sudden wave of restlessness within her, owing to the fact that her granddaughter wanted a wheelchair as a birthday present. Joyce hadn’t been able to move about freely for the past one year after she fell victim to a bicycle accident that left her paralysed in the legs. This was an odd request Samantha had to honour.

While her mind was occupied and swinging among dreadful thoughts, dressed in a filthy apron that was logged with patches of flour everywhere, the little girl came hopping on one foot and asked with great curiosity,

"Grandma, do you have enough money to buy me the wheelchair?"


She breathed a sigh of relief in front of her little girl and that spelt hopes in her eyes. She gathered enough courage and turned back to her business. Joyce stood still behind the door and watched as she baked more doughnuts.

The next morning, she woke up very early and awoken her granddaughter too. She didn’t seem to get enough sleep as she was tensed about the tough challenge that lied ahead.

After serving breakfast, she rushed to the market, along with her big basket of doughnuts. It was terribly hot out there. She sat at one end of the market, bearing friendly smiles on her face. People passed by frequently, but no one noticed her soft and deliciously baked doughnuts. She was left high and dry when all attempts to sell her doughnuts proved futile.

As the day drew closer to an end, the wrinkles of worries on her forehead deepened. She wanted to bring along a surprise for her little girl, but disappointment loomed. There was no one in the street that evening except the market women who hadn’t gotten enough sales for the day. She held her head facing down at her doughnuts. With closed eyes, she murmured,


Suddenly, she heard a husky voice. She looked up fondly and saw an athletic young man standing in front of him. He asked for the price of a single doughnut. She replied smiling, “140 Liberian Dollars each, sir.”

He offered to buy all her doughnut at a very fair price. She was more than happy to come to terms with his offer; she couldn’t believe her luck. Without delaying a second, she handed over the basket of doughnuts to him.

Meanwhile at home, Joyce grew tired of waiting. She had experience something similar in the past. Each time grandma had to return late from work on her birthday, it meant no present for her that year. She would rather sleep.

“Wakey-wakey!” Samantha came calling at about 7:30 PM. “Sweetheart. I’ve got a surprise for you.”

Joyce opened her eyes only to see a brand new wheelchair lying at the foot of her bed. Sleep fell off her eyes immediately. She embraced grandma so tight.

Poor old Samantha understood something that night: The wheelchair she had bought for her grandchild was indeed no gift at all; the closest thing to a gift was the sacrificial love that oozed out of her being each time she was compeled to go the extra mile just to light up her sweetheart’s face with a smile. 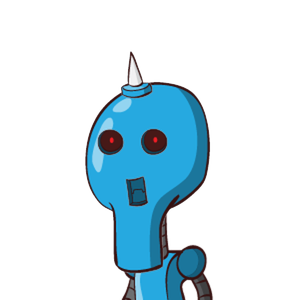 I like this story. Samantha is simply too good.