The sea waves billowed gently beneath the feet of the indigenes of Keta, marking a new chapter in their lives. Peace and absolute soundness had returned, drying out the uncontrollable tears they’d shed over the last years. Their stiffed-wrinkled faces cracked open with joy as they waved the awkwardly coloured canoe goodbye, hoping it does not return to their shores any time soon.

The deep waters chorused flamboyant tunes as the canoe sailed into dangerous parts of the ocean with the unconscious body of Fat Bob – the skilled troublemaker – who had left a whole community breathing fear and terror.

Fat Bob wasn’t anyone’s favourite. He had formed an annoying habit of sneaking into the dark with teenagers. Fifteen out of twenty times, he had been caught pants down, but no one ever dared to pass judgment on him. He was tall and stocky, with charms missing on his face yet he found a way of messing up his bed each night. The village girls found his pot belly fascinating.

His scandalous deeds had become very alarming, exceeding societal limits. Everyone was concerned. He was summoned to the chief’s palace to explain how he managed to impregnate ten teenagers in one year. This was what ensued during the meeting:

[The chief’s linguist welcomes everyone present and sets the stage rolling for Fat Bob to be probed.]

Chief: Fat Bob! What is wrong with you?

Fat Bob: Nothing! Except that you people don’t want to give me peace of mind in this village.

[Eyebrows were raised. Nobody has ever talked to the chief that way.]


Chief: I have been informed of your atrocities... You’ve impregnated ten girls this year alone. Are you responsible for all of them?

Fat Bob: Hahaha! If they’re pregnant, that’s their own matter ooo. I am not responsible for any of them. They were on their own when they came to my room. The responsibility is theirs and their parents’.

Chief: Nonsense! Who is your coequal here? [The chief said with agitated looks after emptying a calabash of palm wine.]

Fat Bob: There you go again. So I can no longer express myself in this village? You people want to kill me but I will not die.

[Silence saturated the entire palace. For minutes, the king-makers conversed with eyes. After a long pause, the Chief finally spoke.]

Chief: You have rebelled not only against the parents of these little girls who had fallen victim to your traps, but also to the entire community. You will definitely be fined.

Fat Bob: I will not pay anything; not even the thigh of a cockroach.

The chief and his council of elders walked out of the meeting, heading straight into the inner chambers which is reserved for cracking hard nuts, leaving behind Fat Bob and a few other concerned parents.

Meanwhile, the queen was in the kitchen preparing food for the visiting elders. They’d come a long way to remain hungry. Her activities didn’t go unnoticed as Fat Bob enjoyed every bit of it. His eyes couldn’t miss on the queen as she bent low to peel the cassava.

He sneaked out of the palace and tried to advance on her from behind. The queen, ignorant of what was going on said with a sheepish smile, “My lord, let’s reserve this for later. We shouldn’t keep the elders waiting.”

“Let them wait!” Fat Bob responded, “They’ve got nothing new to offer.”

She noticed immediately that it wasn’t her husband. She stretched forth her hand and grabbed the nearest tuber of cassava and hit Fat Bob straight on the head. He fell down unconscious, leaving behind his fat legs shaking uncontrollably. She quickly called for help.

Filled with rage, the chief ordered his guards to tie Fat Bob unto a canoe and leave it to sail to the deepest parts of the ocean as a sacrifice to the sea god who had been thirsty for years. The whole community gathered at the shore and watched in awe as the boat departed slowly, hoping that it does not return any time sooner.

Mrs. Brown: My next door neighbour 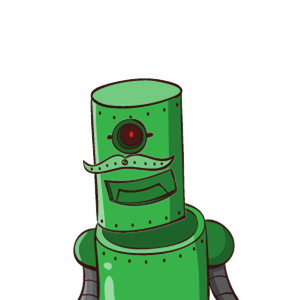 @James... True. He's stubborn. I'm waiting for the continuation too 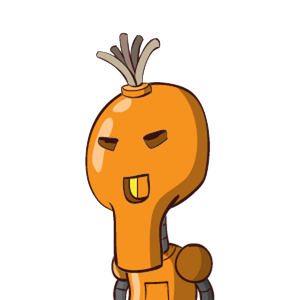 Fat Bob is really stubborn!!!!! Advancing on the queen too ???? Can't wait for the next episode.

Fat Bob is really stubborn!!!!! Advancing on the queen too ???? Can't wait for the next episode. 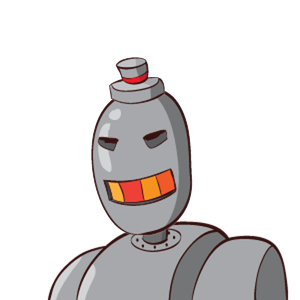 Will Fat Bob return? I can't wait to read the continuation.