Loi looked around his surroundings and took a deep breath. He couldn’t find a trace of the alien craft he had travelled with; it had been moved from where from it was parked. Right there, he knew his people had left him behind. He would have to find a way to survive on Earth until his people came back for him.

As he stepped out of the woods, he encountered another life entirely: people moving about briskly, sparing no second to exchange pleasantries. His eyes flashed varieties of cars running around on land and looked on in confusion as many of them queued up on the streets. The earth was nothing like he had imagined initially; it was densely populated and less sophisticated – unlike his home Hozinoh – which was centuries ahead of earth.

A guy walked up to him and smiled, "Nice costume dude."

He understood what had been said to him because he studied English prior to his adventurous trip to Earth. He took a closer look at his clothes and realised that his wardrobe needed a complete overhaul in order to blend with the earthlings. He didn’t fancy sticking out like a sore thumb.

It didn’t take him much time before he found a clothing store. He ducked in silently and took as much clothes as possible. Stealing wasn’t one of his hobbies, but he had no choice because his debit card assumed an invalid identity on Earth.

After an exciting shopping spree, he embarked on what seemed like hours of aimless walking until he came across an advertisement board that stated a vacancy for construction workers. He was directed to a small office which held many people like him in search of jobs. Everyone turned to look, as he made his way through the entrance. All eyes were glued on his still-braided hair. He scowled at some, and ignored the rest.

After several hours of waiting, he finally got the job. He was shown to his work post immediately. The construction site was quite big and bustling with people. Back at home, he was known to be the shy type; but it got worse when he couldn’t relate with his co-workers. He refused to confront the states of people aimed at his back and that made it difficult for him to blend in.

When his kind gestures proved abortive, he withdrew himself and preferred to stay alone. It seemed Earth was pulling a cruel joke on him because he was an outsider. He sighed and pushed away his food. He had lost his appetite and the food tasted like paper in his mouth. He looked up fervently and hoped that his people would send down a rescue ship anytime soon.

He jumped from the voice.

Loi looked at the lady in front of him and shrunk back. He least expected anyone to talk to him. She smiled and offered a handshake, "My name is Kaida. I’m a worker here too, except that my tasks aren’t labour intensive as yours.”

His heart thumped very loud in his chest. He found it hard to explain how she knew he was not from Earth.

"How did you know that?"

She threw back her head and laughed,

"It's so obvious. You have been sitting alone for the past two weeks. You look misplaced among us, but I understand that because I am just like you.”

“So, where do you come from?" She asked, thinking that he was from another place on Earth.

He breathed a sigh of relief.

"Where I come from is very far from here. "He gazed at the sky and smiled, "But it is very beautiful."

"So can we be friends? Outsiders together?"

He was thrilled at the idea of having a friend. It would be the first time in his life that someone would offer him friendship. Maybe, he won’t be alone again as he had always been.

She offered him her best smile, "I would like to visit your place soon. If you don’t mind, maybe I can fit there too."

He swallowed some saliva and fidgeted with the hem of his shirt. He didn't want her to know yet, but with time he might be able to tell her.

“Okay! But you must know it is nothing like you think... it’s a totally different place.”

She smiled. “I'm in for a game! Nothing scares me anymore.”

"Alright prepare to be dumbfounded.” He said, “Don't say I didn't tell you.”

She grinned, "Outsiders together!”

He smiled back, " Outsiders together. " 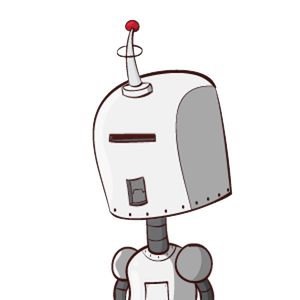 I loved the story. 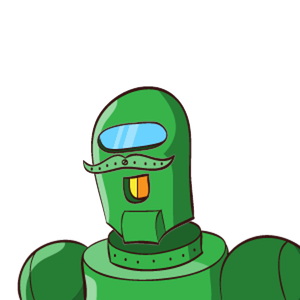 Nice... Waiting for the continuation