Jidefor and his wife, Ihuoma, lived in a small town called Iruaha. Throughout marriage, they waited on God for a child, but it seemed not forthcoming any time soon. All attempts proved futile. People began to take advantage of their desperation, extorting huge sums of money from them; in return, promise to hit the miracle button on their behalf that will result in the birth of a child in the marital home.

One fine morning, Jidefor decided to seek the council of a native doctor. He was told that his wife originated from the marine world with the sole purpose of tormenting him to death.

“Your wife will never bare a child for you, let alone someone to inherit your properties.” He continued, “Your family name will run into extinction when you finally join your ancestors.”

These mean words brought out the latent wickedness hidden inside Jodefor’s chest. He began to hate his wife to unimaginable degrees. He found fault with everything she did just to punish her. He easily got offended at the slightest provocation, beating her here and there. Ihuoma wept day and night, lamenting her ordeal to her chi.

He tried as much as possible to make her feel frustrated. Little did he know that the native doctor in question was once Ihuoma’s suitor, but she refused to get married to the potbellied man due to his selfish nature. As a result, he chose to vent his anger on her when he husband decided to seek his council.


Jidefor secretly began to look for an alternative; another wife who could bare him a precious child. It was had for him to find another woman in town because everyone was aware of his wickedness. He resorted to a neighbouring town – Alagbe – where he found for himself a beautiful maiden. He convinced her to be his wife.

Omanna was happy about the prospect of getting married to a man from Iruaha. Jidefor on the other hand, informed his kindred about his would-be-new-wife. In exception of those who were similar natured like himself, all others rejected his idea.

“A man has the right to marry as many wives as he can take care of!” Jidefor yelled.

“Is your wife aware of this recent development?”Amafor asked.

“You should tell your wife.” Amafor incited, knowing how women react to such reckless actions.

“We all know that women have different colours like the chameleon. Check the result of Ojo’s decision to marry a second wife secretly; Ifeoma – his first wife – wickedly killed him. So my friend, you better tell your wife first.” He advised.

With his head buried in the sand and unwilling to comply with their demands, he sought for means by which he could drive his wife back to her father’s house on a bad note. To make this a reality, he conspired with the native doctor.

Jidefor and his new ally devised a plan under a tall plantain tree. They brought an allegation to the council of elders that Ihuoma was caught red handed with a stranger in the woods. Infidelity was a strong violation and the elders demanded that the accused cleared herself.

Ihuoma was dumbfounded. Lost in shock, she couldn’t utter a word. Eventually, her mastered courage and drove her out of his house without taking heed to the council’s disapproval. Before she left, she found out she was with child but concealed it out of fear of further allegations.

It didn’t take too long before Jidefor got married to Omanna, unaware that madness ran through her lineage. This explains why her people rejoiced when Jidefor came proposing.

Few months later, Omanna conceived. She gave birth to two pretty girls. Jidefor’s joy knew no bound although he would have preferred to have a boy among the twins.

Meanwhile, Ihuoma had also given birth to a bouncing baby boy whom she named Chukwuma. The boy continued to grow in spirit and strength. When he was three months old, he got baptized and christened Fred Chukwuma Ojioko. He continued to wax in Christ.


In Jidefor’s life, there were times he regretted sending Ihuoma away. His new wife not nothing like the former whose affectionate love and care none could match. Omanna was the exact opposite; oozing out pride and self-centeredness each and every day. There was no peace at home. They quarrelled over little things. He had no alternative than to live with his good old wife’s memories.

Five years later, Chukwuma grew up to become an excellent student at school. On the other hand, Omanna bore Jidefor a son whom he named Amamuhe. Together with his two sisters, they grew up as spoilt children due in part to the training they received from their parents who at times fought in their presence.

Meanwhile, the native doctor got married and was blessed with four children: Obinna, Adaeze, Ijeoma and Nduka. He sent all of them to the same school Chukwuma was attending. They soon became friends.

The native doctor was the only herbalist in the village who specialized in curing sicknesses and diseases using roots and herbs. He didn’t paint his eyes or any part of his face, neither did he have special powers because he didn’t serve any idol. His reason for sending his children to school was for their betterment in life. They repaid his kindness by doing well in school.

When Jidefor on his part felt that his children were due for school, he asked them to prepare but they all refused, crying out loud that they didn’t want to go. He had no choice than to forcefully get them admitted.

One morning, during the long holidays, Chukwuma woke up in the middle of the night and began to cry. When her mother confronted him, he asked her, “Does it mean that I have no father?”

Instantly, she got clouded with confusion, but she managed to assure him that he had a father who he would get to know one day.

“My son, what do you want to become in future?” She asked.

He replied laughing, “One of my friends said he will become a lawyer, but his sister prefers to be a teacher, just like aunty.”

Mum laughed and asked, “What do you wish to be?”

“I want to become a priest, just like Rev. Andrew Oba.”

Out of curiosity, mum asked, “Why do you want to be a Priest?”

“I would like to work in God’s vineyard,” He answered. “I think I will be a good priest.”

Few years down the line, he actualized his dream. He surprised his mother with an early morning visit when he disclosed to her his intention of getting married.

“Her name is Ijeoma – she’s a teacher here in this village.”

She arranged to meet with the girl’s family, but she was very disappointed when she found out that she was the daughter of the same herbalist who had turn her marital home chaotic. The medicine man on his part was too shocked to talk. Ihuoma wasted no time to take his son back home.

On arrival at home, she cleared the air by telling Chukwuma the story of her life. She told him about his father and the tribulations he suffered in his hands. He pitied his poor mother.

In the meantime, the medicine man ran to Jideofor to inquire whether his former wife had remarried. He answered in the negative. He then narrated what had happened in his house, telling them about how he had missed the chance to have a worthy son-in-law.

Guessing Chukwuma’s age, they did some calculations and arrived at a conclusion that Ihuoma might have been pregnant when Jidefor threw her out.

He wept bitterly when he remembered how bad he treated her. It felt more tormenting when he came to the realisation that he has a son who had become a priest.

“Shei! God has paid me back in my own coin.” The medicine man lamented.

Before long, Omanna became mentally ill and was taken to a prayer house where she was kept under chains for a few years before she died. Her children were left motherless. Jidefor had to carter for them alone.

Fast forward. Jidefor went to his kindred to plead for forgiveness. He pleaded a lot, especially to people like Amafor who told him the truth many years ago. Next, he beseeched them to go with him to beg his former wife to return. They all agreed.

Together with the herbalist and his kindred, Jidefor visited Ihuoma in her new home. Chukwuma was present when they arrived. He went on his knees and pleaded with her to return. He confessed to her that ever since he drove her out, his life had become incomplete.

Members of his kindred also pleaded on his behalf. The main surprise came when the herbalist confessed his own part of the story. Jidefor was dumbfounded; he could hardly believe what his ears were hearing. He looked on in astonishment as he kept his mouth wide open.

Chukwuma came to everyones rescue. In addition to sharing God’s word with them, he begged his mother to accept his father back despite all the things she had been through. Eventually, she forgave him and there was complete reconciliation. She returned to her matrimonial home.

Chukwuma eventually got married to Ijeoma. They were blessed with three boys and two girls. He continued to live an exemplary life… a life of service to his maker. 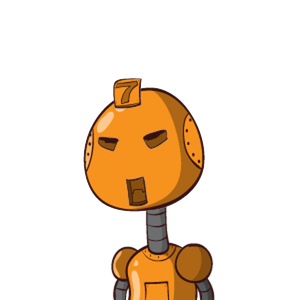